The path can be changed wen supplied as the second structure (second expression in the curly braces).

When the size of the grid is not given, it tries to automatically fit the elements within, pacing path areas in between.

There are a lot of examples of parks with non-rectangular grids. One of the park examples is give above.

The two pictures sow the same park from different perspective. This also quite an elaborate example with a building and a curved outer region.

We require to provide another parameter – angle. In addition we require to supply variance of the values.

Grid should also be able to work without the paths in between. For that we can specify empty braces.

An example park will work as follows:

In the second grid the size is omitted. Which is fine because the size parameters are given in curly braces – let the grammar decide how many regions it should split the park into. Empty second struct means no paths in between.

Parks can be constructed by generating each cell invidually and joining them along the common regions, for example paths or grass areas.

Construction of a grid by combining the paths does not work as I will submit in the next post, but joining the individual elements should work quite well.

The first picture shows the most basic construction of a part of a mark in Mexico. The procedure for construction is as follows:

Even though the second picture shows quite an elaborate park we consider the simpler subset and concentrate division of the region into the two cells.

We wish to simplify the regions between the cells into simply grass area or tree decorated grass area for simplicity.

We ignore the complex outer polygon and the area between it and the grid region.

If we ignore the spaces between the cells with circles in them we get a variant of the grammar in the example above:

Were SimplePark could be the the model of the first square park described above for example.

Looking at the second picture we produce rules for the regions in between, units are meters:

This produces tree different regions, 15×15 larger squares for a more complex park park and 3×3 smaller squares where the trees are planted. The remaining rectangles are simply grass areas.

Notice that only x dimension gets the size, y dimension automatically receives the same set of sizes. They can overridden with custom sizes, of course.

The paths sizes used default values, where 3m would be a reasonable value.

We can also use different instances for the cell of park grid. For instances we consider the subset of the park in the third picture with three different cells:

The first two images correspond to the layout and the photograph of the actual park.  Second park has more elaborate centre, entrances, corners and tree placement, but it still has the same structure and topology.

The third park also has a rectangular shape, however topology is different in that it has different number of entrances at each side and in addition it has 4 “dead-end” components.

A possible set of operation of construction of such a park

The additional operations can be added as follows:

Symmetry in one axis only.  New operations:

We need to place the benches and street-lights along the path. Although more generic placement mechanism may involve more elaborate placement strategies in the future.

In the previous post arrows were seen to be placed in the middle of the path. I have replaced arrows with simple ‘pick’ triangles, as it easier to compute direction with a triangle then more complex arrow object.

Where the object should be placed I add a Isosceles triangle with the small base and the ‘vertex angle’ vertex moved further away from the centre of mass. The direction is the vector from the midpoint of the base to the ‘angle vertex’ vertex, which is obtained by selecting the vertex which does not belong to the base. Base is the shortest edge. I select the centre as the average of the angle vertex and the midpoint of the base (because of placement strategy, logically however centroid or centre of mass makes more sense).

Angle of rotation is can be obtained using arctan function but SketchUp already provides a Vector3d::angle_between member function.

CityEngine demo version is expired so I have turned to Google SketchUp for park generation. I would like to apply the same technique of first generating OBJ input shape and then filling it with objects.

SketchUp is not particularly known for procedural content generation, however Ruby scripting and, even native plugin development can be employed, which could be sufficient for tree/flower/… placement.

SketchUp also has “Components” which could be instanced multiple times; they also appear to have special transformation anchors. I am not sure of the scope of component functionality yet, perhaps instances with random parameters is possible.

First bump in the ride that I have come across is that OBJ is not supported natively in SU. Luckily a free plugin (by TIG) did the job.

Scatter function is also not present in SketchUp. I had to go through a number plugins until I stopped at MatrixProximity (also by TIG). It allows to distribute copies of a selected component instance into a matrix. Random translation on the ground plane, rotation around the Up axis, and optionally scaling is added. On top of that I have introduced the following:

We would like to place benches and street lights along the paths. Even if paths are curved they are represented by polylines (linestring type of boost::geometry).

The idea is together with the previous post (region partitioning) to generate a simple park similar to a one of SimCity’s Large Parks. 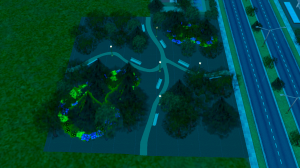 In this simple example two paths (that connect the opposite edges) intersect somewhere close to the centre. To facilitate object placement we:

Below we show the result where the placed objects are arrows. 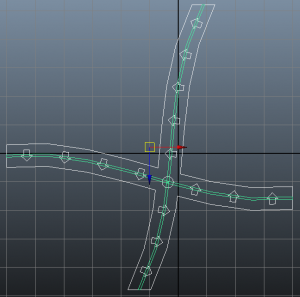 The regions are the faces that result from partitioning the park with paths. Actually paths are extruded, but regions are considered separately. The regions are non-walkable, but can represent park partitions like flowerbeds or patches of grass, or a place where the tree is planted.

This is enchancement of the centered partitioning described in the previous post.

The new procedures were created

The image below shows on the example of a simple flowerbed partitioning with the application of Contraction, Edge Partitioning and then multiple Smoothing for the first inner loop, and additional Contraction for the most inner polygon. 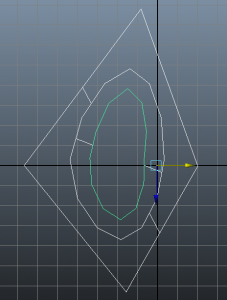 I have experimented with squared parks with 4 entrances at each side.

The first example shows just two paths crossing in the middle. A small round square is place at the intersection, which could be a square, rombus etc. 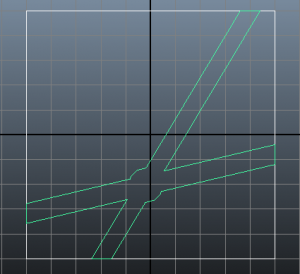 A second type of the park is where the regions are cut ellipses centred at the park corners. there is more place to fit something in the centre (a fountain, statue, flower beds etc.). 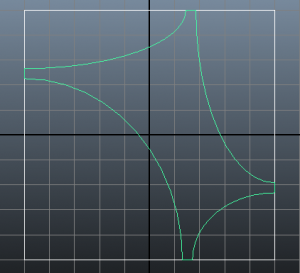 Bezier curves can alternatively be used to smooth the corners. Any degree can be used, determined by the number of points in the corner region. 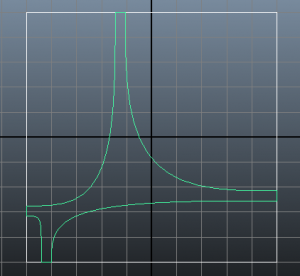 Bezier curves also produce interesting results when the points control points are permuted randomly. Perhaps it may give a slight impression that a (human) designer has modelled it. 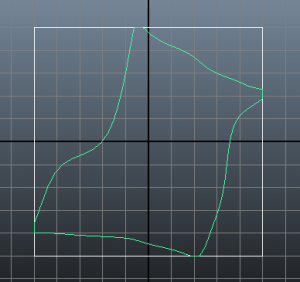 I have decided to work on generation of parks. This should be pluggable into the existing city creation framework.

The input to the system should be

The output is a set of geometry that is based embedded into the plane that represents the park. Geometry can be abstract so that the rendering system is free to choose how to interpret the representation, for example to render the tree foliage as a series of polygons for fast preview or creating an instance of a tree with individual leaves.

Major part of park construction is partitioning of the input polygon into subregions that shall represent the functional components of the park. For example the basic park would contain a flowerbed in the middle surrounded by a green area (two polygons).

The polygons considered here are composed of line segments, and arcs or polynomial curves are not allowed. An internal will might contain curves, but these will be parametrised into polygons or polylines for simplicity and for compatibility for now (CityEngine cannot handle polynomial regions for instance).

The problem with placement on one another as seen in the picture above is that the inner polygon is completely contained within the outer one. So if we decide to populate the outer polygon with trees, they will also be placed over the inner one which represents a flower bed.

Task: It is required to cut the outer polygon to make a whole for the inner polygon.

Second solution is to split the Polygon1 into to polygons and then subtract the Polygon2 from it. CityEngine park example is partitioned this way, by my assumption – manually.

There can of course be problems when, for example either of the shapes are concave (not convex) – and even then it is not selection of S1 as a start of the cut line is not guaranteed to be optimal.